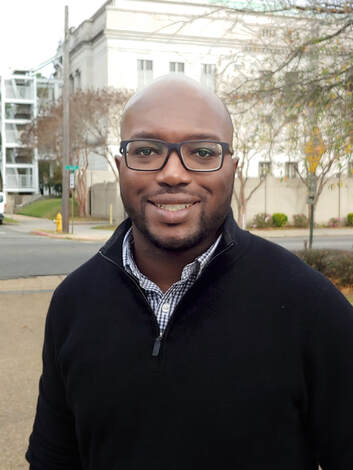 Paul Caliste is the founder and sole tutor of Next Level Math Tutoring.

Paul has 17 years of experience as a math tutor, first for Destrehan High School's newly established after-school peer tutoring program as a sophomore in the fall of 2004. During his time as a high school student, he also tutored for St. Matthew Baptist Church’s after-school tutoring program and earned an ACT Superscore of 31 with a 32 in the mathematics section.

After graduating high school in 2007, he attended the University of Louisiana at Monroe and became a student tutor for the university from 2008 until he graduated in 2011. During that time, he gained experience tutoring various college level math courses including Algebra, Precalculus, Trigonometry, Statistics, and Calculus I. While at ULM, he also earned a minor in mathematics with his bachelor’s degree in Atmospheric Science.

After college, he put his math background to use as a permanent substitute teacher for West St. John High School in Edgard, LA, teaching honors-level Algebra I and Advanced Math during the fall 2012 semester, then for River Oaks School in Monroe, LA teaching Prealgebra, Algebra II, and Elementary Statistics during the spring 2014 semester. Paul then became a full-time math teacher for Richwood Middle School during the 2014-2015 school year, where he taught 7th grade math, 8th grade math, and Algebra I. He then taught at Neville High School during the 2016-2017 school year, where he taught Integrated Math I and II. He is currently the math instructor for the TRiO Veterans Upward Bound program at the Monroe, LA campus of Louisiana Delta Community College.